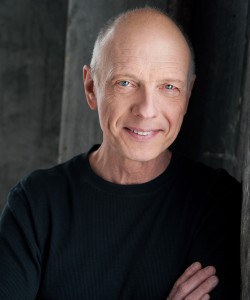 Charles David Richards is an actor who works in feature films, television and theatre. Currently with Pittsburgh Shakespeare in the Parks doing 2 Gentlemen of Verona. He recently shot The Outsiders as Judge Lenzner  for Sony TV and the acclaimed Cinemax series for HBO, Banshee as Judge Haller. He recently completed “Fathers and Daughters” with Russell Crowe and Jane Fonda and prior to that was directed by Academy Award winner Scott Cooper in “Out of the Furnace.” Among his other films are Predator 2 and Three Men and a Little Lady. On TV he recently filmed Those Who Kill, The Guardian and St. Elsewhere. His theatre work has taken him from New Playwrights Theatre in Washington DC, The Olympic Arts Festival in Los Angeles with James Cromwell and Off-Broadway at the Perry Street Theatre in New York. His voiceover work has been heard across the country, in Europe and Australia. Radio fans know him as Stoney Richards. He is represented by The Talent Group for all media at 412-471-8011